4 Questions to Answer before Selling to China

China now is open to more than just multinational corporations, but small business owners should evaluate their products objectively before taking the plunge. In the past, only multinational corporations (MNCs) had opportunities to sell products and services to China. Heavy import duties, cumbersome banking regulations, corrupt government officials, and a simple lack of basic knowledge about China prevented foreign small and medium-sized enterprises (SMEs) from succeeding in selling to China. Now today, though still not a free-market economy, China has opened its doors to businesses in a wide range of industries. The keys are to know what products and services to offer and how to sell using a new set of rules.

Selling to China is like selling anywhere else—except it has a few twists and turns. Those of us who went to business school learned about the “four Ps:” product, price, place, and promotion. They still apply in China but with minor changes and variables we don’t normally think of in the West. In China, intellectual property laws and enforcement affect the products you can sell, labor costs lower the price of products you produce and sell, drastic differences between suburban and rural lifestyles alter place, and language and everyday habits modify promotion.

Most SMEs follow the same strategies for China that they have used successfully in other foreign countries. There are many small business owners who are claiming that since they have already tackled South America, Eastern Europe, or Japan, China should be no different. It’s the businesspeople who have gone to China and failed and then realize they need some outside assistance.

Many people assume that anything and everything will sell to a country of more than 1.3 billion people. On the contrary, few industrial or consumer-related items actually do well in China; this is mostly because just about everything already exists in China—or at least can easily be copied—at half the price.

We offen ask a few simple but often neglected questions when examining whether a product or service will succeed in China. Try your best to answer these questions that follow even though most of them require knowledge and experience in China. For some, the answers will be intuitive, and no additional research will be necessary. Others may need to seek assistance from China experts, examine competitors’ positions in China, or conduct market studies in China.

The more you can answer “yes” to the following questions, the greater your chance of success in China. Most of the time we won’t work with a business unless it can answer yes to at least three out of the four questions; anything less would make for a difficult challenge. Look at your products objectively and answer the questions as honestly as you possibly can. 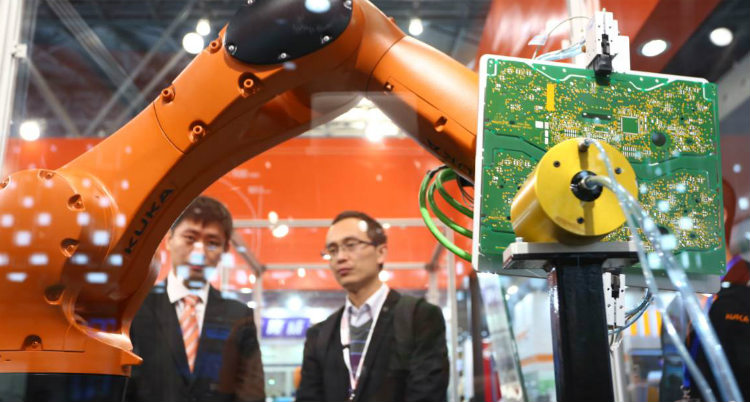 #1. Can you sell your products at a 25 percent discount or will your customers have their investment paid back within 9 to 12 months?

To sell your product in China, you must have either a cost or technological advantage. For example, if you make a plastic injection manufacturing machine that is similar to something that is already available in China, you’d better sell it for about 25 percent less than the local Chinese brand. If you cannot sell the product cheaper, then you must have a technological advantage (which will be addressed later in this article).

With a calculator and industry-related data, such as labor rates and fuel costs, we have analyzed the payback potential of foreign equipments, such as energy-saving cooling towers, automated assembly lines for disposable shavers, computer-aided laser cutting machines, and computer-aided design software. Unfortunately, most don’t make the cut because they have payback periods of more than four years. That’s not to say a market does not exist for these longer-payback items; larger state-owned enterprises or MNC subsidiaries may have an interest, as they have longer-term business outlooks. But foreign SMEs are usually looking to sell to other Chinese SMEs, and they just don’t have the appetite for high-capital investments that take time to reach their full payback potential.

Vision inspection systems are one example of an industrial success in the United States and Europe that has made little impact in China. These systems are high-resolution, high-speed cameras installed throughout a production line to catch faulty products and processes. They are popular for very critical components and products in the medical and semiconductor industries.

We have been approached by a producer of vision inspection systems that wanted to expand into China’s huge manufacturing industry. I thought the system made sense—it replaced manual labor, reduced the amount of bad products, and cut production downtime. I approached medical and electronics factories in China but was consistently laughed out of sales meetings. No Chinese factory was going to pay $100,000 to replace a few low-skilled, low-paid factory workers. Now, things are different because labor costs are rising dramatically, so these vision systems may yet have a chance.

Servomotors—miniature motors used to run machinery that need accurate and consistent power output—continue to sell very well in China. Textile machines, for example, run on many of these finely tuned motors that are needed for precision weaving and spinning thread. Less than a decade ago, German servomotors were two to three times more expensive than Chinese-made ones but had a payback period of six months due to reduced machine downtime and faster output. Payback periods are even better today, as most of the foreign servomotor manufacturers now produce in China.

#2. Are your products or services not having local competitors? Can they not be easily pirated?

You must make sure that your products cannot be copied in China. Legal protection through trademarks or patents is not a remedy because the Chinese legal system doesn’t do a good job in protecting intellectual property rights. There must be a foolproof method that ensures your product cannot be physically copied, pirated, or altered. Without these protections, don’t bother trying to sell to China. In fact, you could risk your existing sales outside of China, as the Chinese will find ways to penetrate international markets with pirated products.

A company produced boogie boards—miniature surfboards used at the beach—and wanted to introduce them to China’s coastal cities. They found an exclusive distributor, spent hundreds of thousands of dollars in marketing, and did well for six months before the distributor copied the product and sold them under a different brand name at half the price. Soon after, other plastics manufacturers copied the boards, which soon made their way across the Pacific to Hawaii and the US mainland, forcing this company into bankruptcy.

Along the same lines, don’t go to China if competent, local competitors already exist. You cannot make your product cheaper. The Chinese are experts in copying and making things cheaper. Many Western companies have tried to use the low-margin strategy to try to gain market share in China, and all have failed. On top of all this, a foreign SME’s cost structure will always be higher than that of local Chinese companies. Foreign SMEs bring expatriates, and have to retain Western lawyers and accounting firms. There’s also a hidden cost that foreigners are unaware of: They abide by Chinese laws when hiring local labor, paying taxes and duties, and repatriating funds. In comparison, many Chinese companies cheat on taxes, pay less than the government-established labor rates, and bribe customs officials when exporting finished products or importing components and raw material.

#3. Could the sale of your products in China account for between 20 and 25 percent of your total revenue within 5 to 7 years?

Small business owners are usually confused when they are posed with this question. They usually answer, “What’s wrong with just reaching 10 or 15 percent of total sales? Wouldn’t you consider that successful?” The short answer is no, but it depends on the specific industry. If margins are abnormally high, then maybe 10 percent is fine. If an industry has little or no organic growth, then going to China for small percentage gains sounds like a good plan. These are the exceptions.

For normal industries with 5 to 10 percent net margins and with revenue growing at about 3 to 7 percent domestically, there is no reason to go to China unless the sales potential will make an everlasting impact on the total business. The reason is simple: Too much sweat is required to succeed in China—so make it worth your while.

By now you know the hard work required to go to China; It will be a formidable task. A new strategy has to be in place with new partners, different marketing plans, and possibly even new products. This big effort better have a big payoff. Why do it unless it becomes a major part of your total revenue stream? We know the “25 percent in five years” plan is subjective and each business has its own ideas as to what constitutes a big number. The main purpose in asking this question is to make businesspeople think about their long-term China strategy. Don’t ever go to China thinking you can make a quick buck. Where do you want to be in five years, and is it worth the undertaking to reach that goal?

#4. Do your products or services offer a technological advancement that saves or improves lives, reduces energy consumption, or serves the present policies of the central government?

The last question as to whether a product or service has a technological advantage is self-explanatory. For example, Chinese hospitals want to save more lives with better medical technology, and Chinese consumers will pay more for 3-D televisions. The Chinese government wants to find ways to reduce pesticides in the nation’s water supply. In manufacturing, an example is laser cutting equipment that produced cleaner cut lines, thus increasing the quality of finished products, which could then be sold for higher prices. The Chinese government is also actively seeking disruptive, game-changing green technologies—smart grid, biofuels, high-energy batteries, and many others—and will gladly pay more to reduce their dependency on fossil fuels.

One industry in which foreign companies have a clear technology advantage is aviation. This especially applies to aviation electronics or avionics, as companies like Honeywell and Rockwell Collins are light-years ahead of Chinese companies. China’s commercial airline manufacturer, Commercial Aircraft Corporation of China Ltd. (COMAC), is using many foreign-made electronics in its new C919 regional jet, which it hopes to sell worldwide by the next decade. COMAC would prefer to use locally made electronics, but it would take the company too much money and time to get up to speed.

Further, a US Federal Aviation Administration (FAA) official in Beijing told me in 2011 that it would be highly unlikely that the FAA would approve any Chinese-made avionics equipment, thus also creating artificial barriers to entry. (Chinese-made aircraft need FAA approval if they plan to fly to the United States. The agency’s approval also signals that the aircraft meets international safety and quality standards.) Similarly, many of the major systems and components—landing gear, fuel system, and hydraulics—are also foreign-made or at least are designed by foreign aircraft parts companies, according to COMAC executives.