During the three-day exhibition, China and African countries signed a total of 84 US$20.8 billion transactions covering a wide range of areas including trade, investment, infrastructure, agriculture, manufacturing, aviation, tourism and sister city relations. .

With the theme of “China Africa Trade Partnership for Cooperation and Win-Win”, the Expo attracted more than 6,600 guests and more than 3,500 domestic and foreign exhibitors, buyers and visitors from 53 African countries.

Corporate executives, officials and government officials attending the fair praised the event as a platform for sharing information and experience between China Africa Trade. 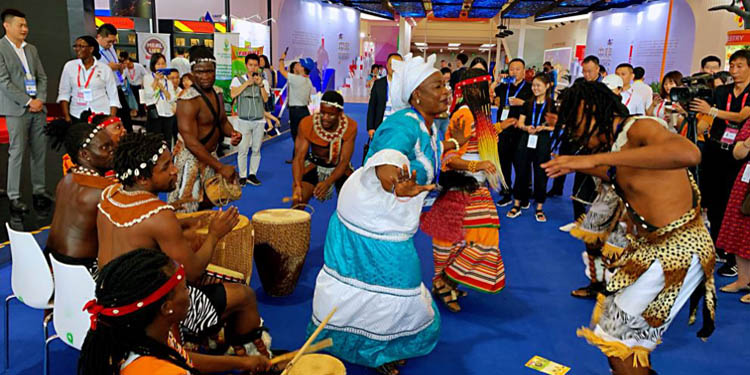 Ye Xinping, chairman of Hunan Construction Engineering Group, said that the fair is in line with the new trends, new features and new requirements of China-Africa economic and trade development in the new era.

“This will help to gather more resources and inject new impetus into China-Africa economic and trade cooperation,” Ye said. “China and Africa are working hard to transform the economic development model, foster new growth drivers, and seek new opportunities for cooperation. The two sides will establish broader cooperation in areas of common interest.”

“Like China in the 1980s, Africa is in the early stages of rapid development. Therefore, local governments need to focus on infrastructure and energy construction and address projects that are closely related to people’s lives, such as water, electricity and food,” said Ye. . “Actually, these are all good Chinese companies,” he said.

The company has established iconic projects in several African countries, such as the iconic wrestling ground in Dakar, Senegal. The modern building covers an area of ​​18,000 square meters and can accommodate approximately 20,000 spectators. After two years of construction, it will be delivered in 2018. The project created 3,000 jobs for locals and helped train more than 1,000 skilled workers.

“China attaches great importance to further opening up and strengthening economic and trade relations with Africa,” said Mark Greeven, professor of strategy and innovation at the Swiss Institute for International Management Development. “Although many countries, especially developed economies, are mainly concentrated in other regions such as Europe and the United States, China seeks opportunities in emerging African countries, which will help Africa integrate into the global trade route.”

Griffin said that in order to expand the African market, Chinese companies need to better understand and understand the way they do business on the African continent.

China has become Africa’s largest trading partner for 10 consecutive years. According to statistics from the Ministry of Commerce, the trade volume between China and Africa reached US$204.2 billion last year, a year-on-year increase of 20%.

By the end of 2018, more than 3,700 Chinese companies had established operations in Africa, with direct investments totaling more than $46 billion.

The Deputy Director-General of the World Trade Organization, Yonov Frederick Aga, said that the China-Africa partnership has many aspects, the most important of which is multi-faceted cooperation, with a focus on cooperation.

He said that China is helping Africa’s economic development through its infrastructure and technology created on the African continent and the employment and market opportunities it is helping to generate.