The General Administration of Customs said in a statement on Thursday that China has allowed imports of soybean meal, beet pulp, rapeseed meal and sunflower powder from Russia.

The statement said that exporters of animal feed ingredients must be inspected and approved by the Russian authorities and need to be registered with Chinese regulators.

After the GAC announced in July that China would expand imports of Russian soybean meal and wheat, the move was implemented. Industry experts say the increase in the number of soybean products from Russia will help China meet domestic demand for animal and aquafeed. It will also mitigate the impact of ongoing Sino-US trade disputes.

Ding Lixin, a researcher at the Beijing Research Institute of the Chinese Academy of Agricultural Sciences, said that in order to ensure food security, China must diversify its channels of importing corn, wheat and soybean meal from the global market. 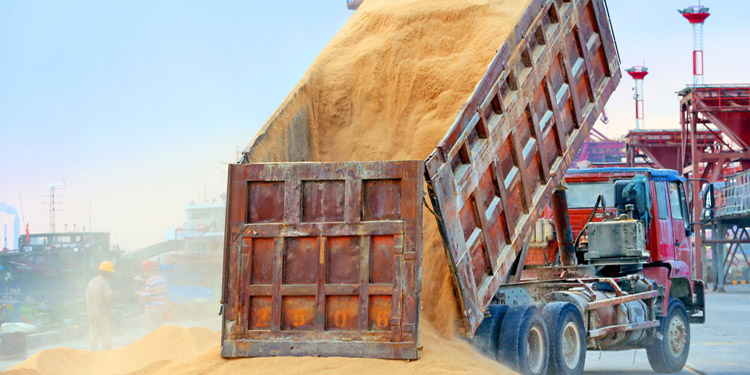 Wang Zhimin, a professor at China Agricultural University in Beijing, said that China has become the world’s largest food trade market. With the support of the “Belt and Road Initiative”, food trade between China and its partners is expected to grow rapidly.

In the long run, Chinese consumers’ daily diet will shift from low-protein foods to high-protein foods. He said that the export of edible oil, meat and dairy products will continue to grow, and soybean meal will increasingly be used as animal feed to increase the production of pork, beef, fish and milk.

At the press conference last month, the Ministry of Commerce spokesman said that China is willing to cooperate with Russia, expand market access, promote bilateral trade, and carry out deeper agricultural cooperation.

Gao said that Chinese companies have imported about 4,400 tons of soybeans from Russia in July.

According to customs data, in the first five months of this year, the trade volume of Sino-Russian agricultural products reached 2.18 billion U.S. dollars, a year-on-year increase of 1.9%.