The Commerce Department said on Monday that the 12th CNEA Expo, to be held in August, will provide a strong impetus to the northeastern region of the country and strengthen economic and trade relations with neighboring countries. The Expo will be held from August 23 to 27 in Changchun City, Jilin Province.

In 2018, China’s trade with the five countries in the region totaled approximately US$758.57 billion, accounting for nearly a quarter of China’s total foreign trade. 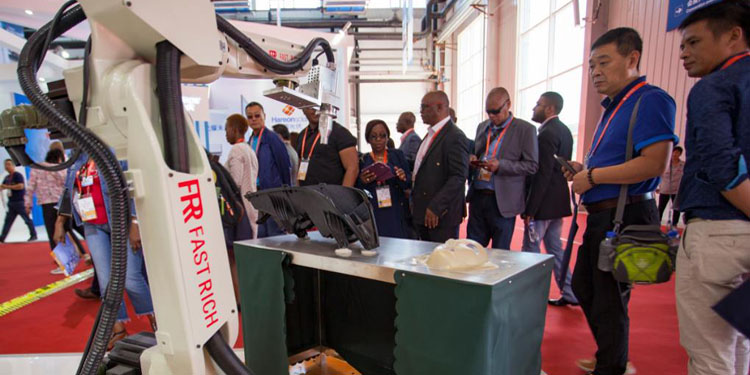 “CNEA Expo is an important measure for the Chinese government to promote bilateral and regional cooperation, and is also an important platform for countries to seek economic and trade cooperation and achieve a win-win situation,” Li said, and will further promote the Northeast economy.

Cao Yuanmeng, head of the National Development and Reform Commission, said that the country’s northeast is experiencing a crucial stage of revitalization. The National Development and Reform Commission will make full use of the platform provided by the exhibition to maximize the advantages of its coastal and border areas and promote the progress of the opening up of the national economy.

Cao said that the region has been improving the business environment for foreign investment and achieved fruitful results last year. Among them, the FAW Volkswagen Audi Q plant, which is worth 13 billion yuan ($1.89 billion), will launch a $5.5 billion Intel plant in Dalian and a BMW Brilliance auto factory worth 30 billion yuan in Shenyang.

According to the official, the Expo will showcase the 5G industry in Northeast China, and many leading companies such as Huawei and ZTE will display their advanced equipment during the exhibition.

Zhu Tianshu, deputy governor of Jilin Province, said that the province has been grasping the opportunities brought about by the vigorous development of the 5G industry and expects the technology to stimulate economic development.

He said that future work will focus on promoting 5G infrastructure, highlighting the application of 5G technology in the automotive industry, and strengthening cooperation with global companies.

“China, Japan and South Korea should accelerate the pace of negotiations on free trade agreements and promote other investment activities. Developing rail and seaborne combined transport, road access and other infrastructure is feasible for establishing a flexible transport network in Northeast Asia. And diversified regional economic growth,” he said.