BEIJING – As consumption continues to be the main driver of China’s economic growth, China is stepping up its efforts to create a conducive environment to further unlock consumption potential.

From January to September, consumption contributed 60.5% to China’s economic growth, and service consumption accounted for 50.6% of residents’ final consumption expenditure.

Chen Lifen, an official from the Ministry of Commerce, said: “The hot spots of service consumption often appear, and the innovation capabilities of industries such as culture, education, tourism, sports, pension and family services are constantly improving.”

The guidelines issued by the Ministry of Commerce and other departments earlier this month emphasized the need to develop a new range of international product and service consumption platforms and to promote new formats in the cultural sector (including fashion and creative industries) to unlock the potential of service consumption. 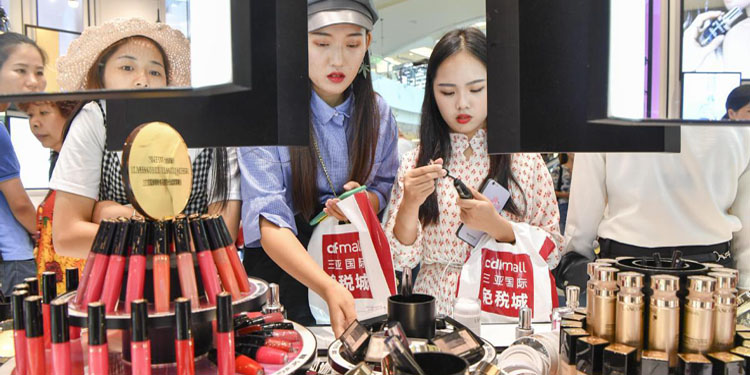 According to the guide, potential cities can develop into international consumer centers within five years and become an engine to promote industrial structure upgrading and economic growth.

According to the World Tourism Organization, as the outbound tourism consumption of Chinese citizens ranks first in the world in 2018, spending abroad is 277.3 billion US dollars, an increase of 5.2% year-on-year, which can also release huge consumption potential from the consumption return.

Guan Lixin, an official with the Ministry of Commerce, said that in order to win overseas consumption, China can use the duty-free store policy to improve the quality of domestic products and services by aligning its standards with international standards.

The total retail sales of consumer goods increased by 8.2% year-on-year from January to September. After deducting car sales, the growth rate reached 9.1%.

Zhao Ping, a researcher at the Council of the China Council for the Promotion of International Trade, said that local governments plan to phase out car purchase restrictions and announce measures to promote the consumption of used cars and new energy vehicles.

She pointed out that these policies can effectively alleviate the negative impact of car sales on consumption growth.