There are a lot of analyses, largely correct, discussing on what makes it complicated for foreign brands to enter China Retail Market. More offen than not, the basic cause points to the vastness and complexity of China Retail Market, as well as the diversity of its cities and provincial economies.

China, as a market, is more like a Europe Union than a single country. While economic growth and the benefits of globalization unevenly influence Chinese cities, it is no surprise that there are a lot differences between the retail markets in different regions. Therefore, it is wise for the foreign brands to carefully design your entry strategies before entering China Retail Market. The following research may shed some insights into your brand entering China retail market. 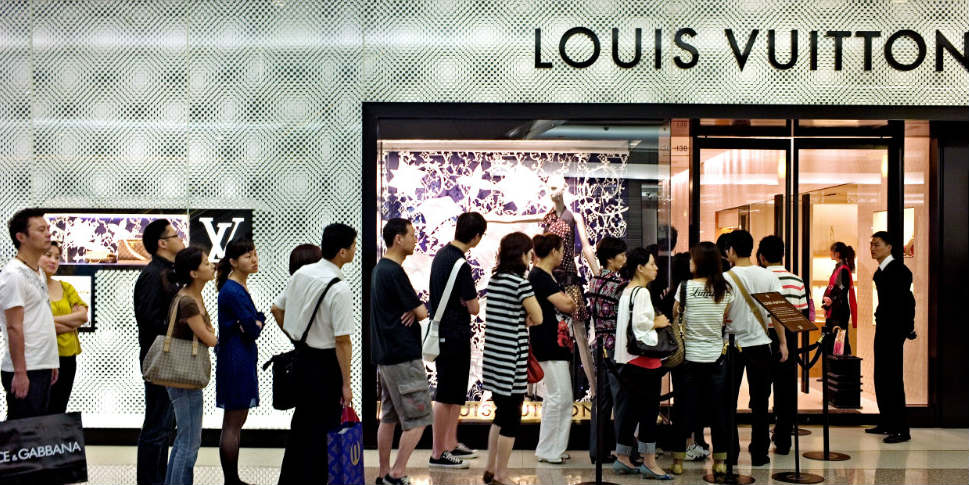 The research aims to answer the following questions by dividing China cities into four tiers.

China is not a single market; instead, it is large and diverse. It can be segmented from geographic, cultural and social economic angle. For the convenience of research, it is segmented according to administrative units: in the first tier cities, the largest cities in China, Shanghai is selected; in the second tier, Chengdu, Jinan and Hefei are selected; Zhongshan and Xiangfan are chosen for the representatives for the third tier; Changshu and Xinmin are chosen for the fourth tier. Geographically, the eight cities selected have a wide span, with locations in northeast, east, southeast and southwest China. Economically, the affluence level in each city is on or above its tier average.

The respondents in this research include mobile and telephone users. The proportion of male and female is balanced. Ages ranges from 18 to 45.

The following insights are obtained:

1. International brands are marketable to a consistent share of the population across city tiers.

A consistent share of population in each tier support premium products. For example, some people are willing to pay 600 RMB or more for a pair of shoes, while the proportion of population that would spend less is not consistent. It differs from one city to another. The lower tier the city is, the less money the consumers would spend.

2. Brand image places more influence on male consumers than on female ones.

According to the research, male consumers view brand as a short cut for evaluating the product quality, while the female are more likely to changing brands in their buying habits. In all cities, more male consumers than female ones like international brands.

3. Value for money is increasingly replacing brand as the top criterion for buying.

Over time, the importance of value for money will be recognized by consumers in all cities. Consumers will consider more about whether the product deserves the money they pay.

4. Chinese consumers are ready to experiment and try new brand, product and service.

The retail consumers in second and third cities are more likely to try new brands with new value proposition, which is good news for the brand that have not entered China market.

Half of the respondents in all cities are interested in new brands. In second to fourth tier cities, new brands with new functions or services can drive purchase will. Consumers in Xiangfan are the least likely to try new brands.

The bigger challenge exists when new brands enter first tier cities. However, 70 percent of the respondents in Shanghai are willing to try new brands. For Shanghai consumers, the proportion of buying and recognizing international brands are much higher than that in other cities. For retail marketing, word of mouth and high end media and advertisements in the first tier cities are critical to new brands. Word of mouth is especially important for Shanghai and Chengdu consumers.

5. Chinese consumers are not familiar with the perceptions of many brands and products, which represents opportunities, and, at the same time, challenges.

From second to fourth tier cities, there is less clarity or certainty about international brands. Some consumers mistake Nike and Adidas for domestic brands, or simply do not know whether these brands are international or domestic.

6. Chinese consumers are not willing to pay extra for an abstract concept.

Products marketing strategies based on low carbon and environmentally friendly are not considered to be an effective way to accelerate sales. Consumers only pay for the direct benefits, or for the benefits that can be seen, although the benefits are not proven.

Abstract benefits such as low carbon and other environment credentials need the support of a certain degree of money. Energy efficiency is an exception, although the benefits directly accrue to consumers. Low carbon products obtain lower premium than conventional substitutes because the benefits of the former have not been perceived.

Most consumers accept low carbon, but they do not regard it as a stimulus to buy in supermarket.

A lack of industry standard and abuse of concepts of organic and green greatly weaken consumers’ trust into organic products. That is to say, many consumers doubt whether the food they buy is really organic. The distrust is especially in cities like Shanghai, probably because consumers in big cities are better educated and consider more about organic food, and they question the origin of the organic food.

7. It is not so clear as before to enter a China city with a retail concept.

The market penetration of high-end brands produces an obvious “halo effect”. Consumers in third tier cities have preference for the brands seen in big cities, which indicates their desire to imitate the lifestyle in first tier cities.

However, more than half respondents feel that the prices of high-end brands are unreasonable, and do not deserve what they pay. A similar proportion of respondent think that they are not familiar with many high-end brands. This finding offers support for executive’s statement that a brand has to achieve scale and visibility in order to succeed in China Retail Market.

Generally, findings are instructive for entrants in current and potential China market. High income consumers are more likely to view price as the symbol of quality. Consumers in first tier cities value international brands because in most cases they provide value for money. It is easier for consumers to recognize the positioning of domestic brands than that of foreign ones.

Brand is an important signal of buying. For quality products, there is a need and interest in new brand in lower tier cities. Entering the top department stores in these cities requires brand awareness that has been established.

It does not necessarily do brand development in first tier cities, however, the “halo effect” it generates can bring success in relevant areas. Establishing a brand in Beijing, Shanghai or Hong Kong gives that brand visibility which will stimulate its sales in other regions in China. Brand visibility in first tier cities is important for stimulating the retail in other cities, and word of mouth is extremely important for establishing new brands in first cities. Value for money is becoming important for more consumers, which has replaced brand and price as a key factor in purchasing. Therefore, Chinese consumers are more likely to recognize foreign middle-end brands.

In second to fourth tier cities, new functions or features may appeal purchasers. However, some new concepts or products, such as organic products may be misunderstood, or their value may not stimulate Chinese to buy. Developing softer attributes, environmental credentials for example, may promote a brand’s status because of its social responsibility. However, it does not directly cause price increase in this price sensitive and confused market. Clear and direct benefits to consumers are better able to obtain higher prices. Before entering China Retail Market, international brands have to analyze your target market, and after entering, you should continuously examine brand positioning to achieve your targets and obtain market share.