In November last year, President Xi Jinping said in a keynote speech at the opening ceremony of the first China International Import Expo held in Shanghai that China will establish a world-class business environment. 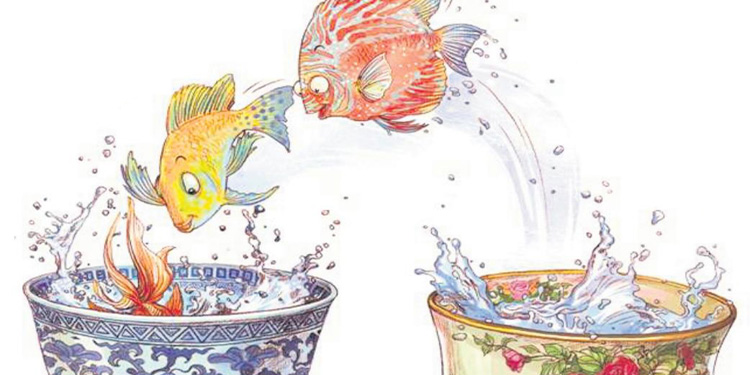 In order to have a good business environment, a market economy centered on an open, fair, just and transparent legal system is essential.

From January to July this year, China actually used foreign capital of 533.14 billion yuan ($74.3 million), a year-on-year increase of 7.3%. This is a considerable achievement in the past three years of global foreign direct investment flows.

Thanks to the improvement of China’s business environment, a number of multinational companies that are keen to set up regional headquarters in China have emerged.

The city has the largest regional headquarters and foreign R&D centers in mainland China.

More importantly, the operations of these headquarters have further promoted the company’s R&D, design and logistics center layout in China. As a new addition to the China (Shanghai) Pilot Free Trade Zone, the Lingang Special Zone will be officially launched on August 20, which may attract more multinational headquarters to Shanghai.

However, China still lags behind the leader in attracting multinational companies to establish regional headquarters. Although there are 696 corporate headquarters in Shanghai, Singapore, Dubai in the United Arab Emirates, and Rotterdam in the Netherlands have figures of 1,200, 2,146 and 800 respectively. The United States has headquarters for 8,000 companies.

First, they should not focus solely on foreign companies. They should not ignore Chinese private enterprises such as Alibaba and Hangzhou Wahaha Group Co., Ltd.

Second, they should not place too much emphasis on the economic and trade sectors, so that they eventually ignore the service sector, especially in key areas such as finance, culture, education, health care, tourism and fashion.

Third, this is the most dangerous factor. They should not only focus on the existing big companies, but should start to pay attention to even promising startups.

More companies choose to set up their headquarters in Chinese cities because China is a huge market with a middle-income consumer group of about 400 million people. China has a complete industrial, supply and service chain. It is the world’s largest industrial country and all manufacturing industries are among them. Many Chinese cities have a central government department in China, or a center for financing, manufacturing or innovation and scientific research. In this regard, Beijing, Shanghai, Shenzhen and Guangzhou in Guangdong Province and Nanjing in Jiangsu Province are good examples.

What are the weaknesses of some Chinese cities in hosting company headquarters? Do they lack preferential policies, technical talents, funds or tax cuts?

I think it’s really important to believe that the city should grow with the company’s headquarters.

After the company establishes its headquarters, if there is no follow-up service or support system in the form of housing, transportation, education, etc., the company will have difficulty retaining talents and developing.

When attracting corporate headquarters, Chinese cities often focus on economics and trade while neglecting services. The lack of financial institutions and cultural and artistic centers has exacerbated this situation.

Asian infrastructure investment banks are expected to bring about change, but for the next leap, China should make efforts in the following areas.

First of all, the Chinese government must give the company more attention and support. It is important to take care of the total number and layout of the company’s headquarters.

Facilities connected to the headquarters may have facilities for research and development, industrial design, global logistics and asset control. All of this requires a full range of support, including environmental aspects. In this regard, the Dutch and Irish governments are very supportive of companies operating in their own countries.

According to the World Bank Group’s business environment report, China ranks low on credit, construction and taxation. China ranks 73rd in terms of access to credit, 121st in building permits, and 114th in taxation.

The report shows that China should take measures to compensate for its shortcomings in order to improve its global position in the business environment.

China should make more contributions to the global headquarters economy. The continuity and stability of the policy are highly valued, so China can strengthen the implementation of the open policy to attract more corporate headquarters to China.

If China makes full use of its own advantages and overcomes its own disadvantages, then China will become the first choice for the company to establish its headquarters within five years.