Global businesses to thrive and benefit from CIIE

SHANGHAI — In a small town with a population of less than 320,000 in northwestern China, Wang Gang was surprised to find the imported milk brand that he saw at the first CIIE last November.

Milk was produced by the New Zealand brand Theland, and it took only three months from CIIE to local supermarkets in remote areas. 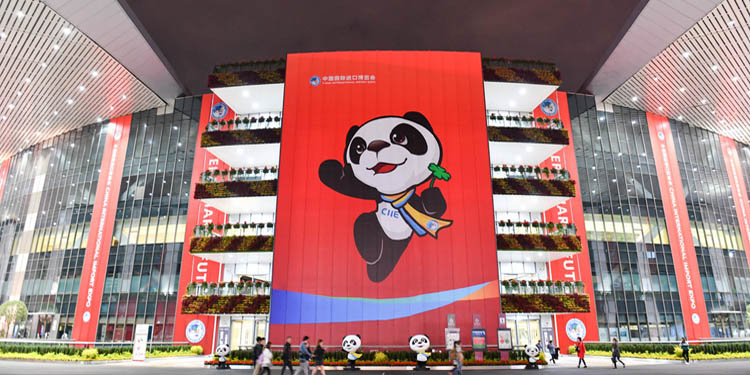 Last Saturday, the second CIIE countdown was 50 days. As China accelerates its fruitful results in the first CIIE, global companies are looking forward to new opportunities in a more open and free market.

As one of the first CIIE star exhibitors, Le opened its first certified store in Northwest China in July to expand its presence in China’s inland and low-tier cities.

Paul Huang, senior vice president of Lego Group and general manager of Lego China, said that China is an important strategic development market for the group.

Huang said: “We are confident in the future development of our business in China and hope to have about 140 retail stores in 35 cities by the end of this year.”

Given that China has introduced more open policies in multiple sectors and industries, the huge market potential is not the only attraction for global companies.

This can be seen in the fact that in just 72 hours, a batch of fresh milk from a New Zealand farm can reach the Chinese breakfast table.

“The customs clearance time has been greatly shortened. It took eight days in the past to be more than half of the milk shelf life,” Sheng said.

Thanks to this preferential policy, Theland’s imports of fresh milk have increased from 3,000 bottles to 30,000 bottles per week. After the first CIIE, the highest weekly sales reached 80,000 bottles.

In the field of medical devices and pharmaceuticals, the acceleration of reforms has also been seen.

Swedish medical device manufacturer Elekta’s Leksell Gamma Knife icon debuted in China for the first time in CIIE last year. Pan Li, deputy dean of Shanghai Gamma Knife Hospital, said that this advanced instrument has been put into use in Shanghai in February and has served more than 2,000 patients to date.

So far, 28 of the 33 imported large-scale medical equipment purchased by the first CIIE have been installed and put into use in public medical institutions in Shanghai.

This year’s new round of opening up policy has provided more incentives for foreign companies to increase their investment in China.

China last month released the master plan for the Lingang New District of the China (Shanghai) Pilot Free Trade Zone, which will be built as a special economic zone to better serve China’s overall opening up strategy.