The continued fever in imported goods has boosted consumer demand in China, eliminating concerns that a slowing economic growth will weaken spending.

According to the latest “China Shopper Report” jointly released by consulting companies, in the third quarter of 2019, spending on fast-moving consumer goods (FMCG) such as shampoos, fabric softeners or pet foods increased steadily by 5.7% compared to the same period last year. Bain & Kantar Worldpanel.

The report said that in the first six months of this year, imports accounted for 18% of all FMCG sales, an increase of 10%, almost double the growth rate of the entire industry.

This is mainly driven by the online channel, with sales increasing by 30% in the first half of 2019 and accounting for 35% of all online sales in the country. 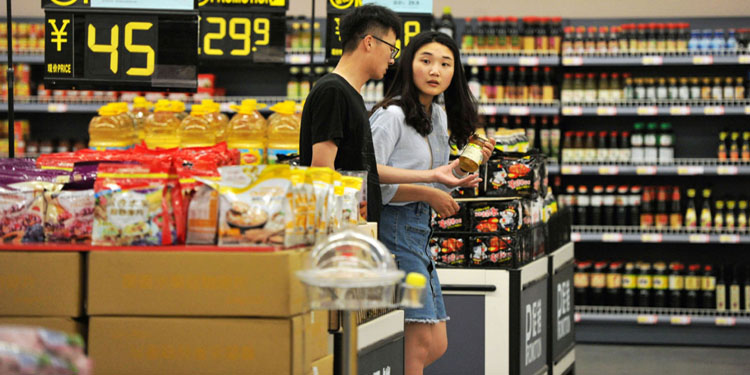 The report found that in the 12 months to the second quarter of 2019, Korea’s nutritional supplement sales increased by 35%, while Singapore’s biscuit value increased by 22% over the same period.

“By focusing on online sales, foreign FMCG companies have grown in China without having to build a complex physical market model,” said Yu Yu, managing director and co-founder of Kantar Worldpanel Greater China.

“For new products launched in China, we are transitioning from an intuition-oriented state of preparation to using data that describes customers’ clear preferences,” said Charles Kao, president of cosmetics group Amore Pacific China. Its revenue in China comes from online channels.

In categories such as toothpaste, imports have always outpaced category growth, sometimes with large increases. Derek Deng, a partner at Bain and head of the company’s consumer products business, said that this shows that imported goods have become a key driver of higher prices and higher consumption levels.

In terms of sector breakdown, the personal care and home care categories recorded 11.8% growth in the third quarter, the strongest performance in three years, while food and beverages grew by only 2.3% year-on-year.

Yu said, “The two-speed growth model persists because product categories related to healthier lifestyles are favored by consumers, while product categories that are considered relatively unhealthy (such as soft cakes, sweets, and chewing gum) are valued at decline.”

Deng said foreign companies need to “design, decide, deliver and digitize” their business in China in order to grow in the world’s largest consumer market.