The Second China International Import Expo will be held in Shanghai in early November, attracting more than 3,000 companies from more than 150 countries and regions to sign up, exceeding the number of the first Expo.

According to the organizer, it is expected that more than 250 Fortune 500 companies and other leading enterprises will participate in the Expo.

As China becomes a major buyer in the global market, the more open CIIE has a higher level of trading and is ready to share more dividends around the world. 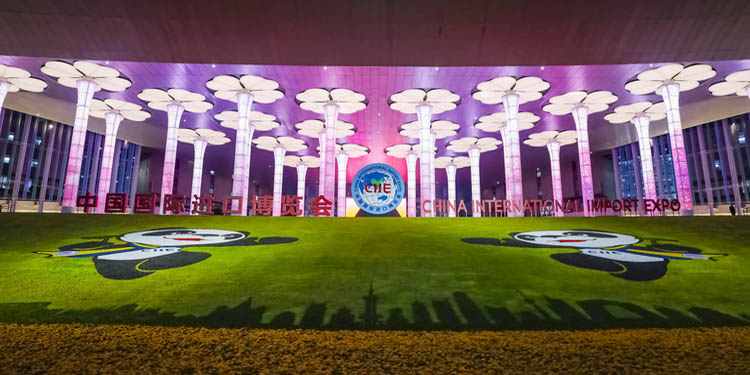 Megarbane said that by demonstrating new beauty products and technologies, the company is confident to target the “Chinese appetite” more accurately in the Second China International Import Expo.

The first CIIE, held in Shanghai from November 5th to 10th, reached a one-year transaction worth $57.83 billion in goods and services.

The sheer size of the Chinese market and more diverse consumer demand have attracted overseas investors and companies to share.

Kanpura s.r.o. is a Czech crystal glass manufacturer with a century-old production base. It plans to establish a new design studio in China and invite designers from China and the Czech Republic to design new products to cater to the “Chinese appetite”.

“Last year, we reached an agreement with domestic wineries to design and produce wine bottles, involving about 100,000 bottles of wine,” said Xu Xuequn, chief sales officer of the company.

Chinese consumers have asked the company to adjust their wine glass design to make them “looking big, but with very small capacity”, while the new design will not only add gold foil to the bottom, but also reduce capacity by a third. To the company. New products, including cups, are expected to debut at the show in November this year.

This year’s Expo will increase the area of ​​exhibitors by more than 300,000 square meters, and launch a platform for new products, technologies and services for enterprises. Sun Chenghai, deputy director of the CIIE Bureau, said.

More AR and VR technologies, autonomous vehicles, IoT and blockchain technologies will join the upcoming expo, which will give a unique exhibition area for high-end consumer goods.

The Shanghai Shenkang Hospital Development Center purchased a large amount of medical equipment worth about 430 million yuan (about 63 million US dollars) in the first CIIE.

This year, the center plans to purchase medical equipment worth about 460 million yuan at the show, including two of the world’s most advanced surgical robots.

According to Li Bin, director of the Assets Supervision Department of the center, the Expo has made bulk purchases more convenient, providing a once-in-a-lifetime opportunity for the world’s cutting-edge technology and innovation to be closer to buyers.

New products and technological innovations are expected to be introduced beyond the first fair.

“The second CIIE will provide a platform for the launch and display of new products and technologies. It demonstrates China’s determination and confidence in implementing free trade, and will further improve people’s quality of life and promote domestic consumption,” Sun said.

The National Exhibition Center of the annual fair venue has classified the garbage for the Second China International Import Expo, and the Expo is more environmentally friendly.

Organizers said that 12 electric shuttle buses, more than 2,000 240-liter litter bins, and a newly formed team of more than 30 people are ready to ensure proper disposal of waste during the show.

The site’s waste sorting guide will also promote knowledge of waste disposal that must be known through broadcasts, electronic screens, and participant brochures.

Earlier this month, Shanghai piloted mandatory household waste sorting and recycling because of disputes over the country’s troublesome waste disposal issues to promote green growth and develop a circular economy.

The garbage bin designed by Joseph Joseph Co., Ltd. sold for more than 2,000 yuan (about 291 US dollars) to 3,000 yuan, and was quickly snapped up in China’s mid-year shopping festival, which shows the strongest economy in the world’s second largest economy. expenditures.