Business executives said that China’s new round of reform and opening up will encourage high-end manufacturing multinational companies to further transform traditional industries through intelligent manufacturing in China.

The reason they made these remarks is that China is investing more resources to promote internal and external growth through innovation, encourage foreign direct investment and hold influential events (such as China International Import Expo), thereby promoting the upgrading of industrial structure.

As a new member of CIIE this year, the French technology company Thales Group demonstrated for the first time in Shanghai its various market activities in the fields of aviation, transportation, digital identity and security.

“CIIE provides a unique platform to strengthen our relationship with Chinese partners in almost all markets, including aerospace, transportation and digital security,” said Pascale Sourisse, President of Thales International . ” 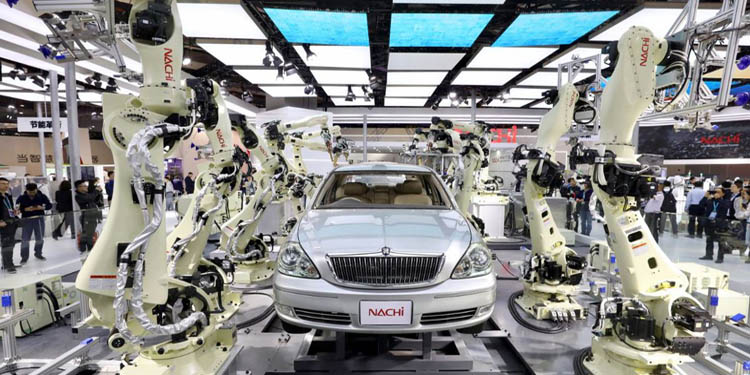 She said: “The World Expo has provided a rising platform for countries and companies to showcase their latest innovations and developments. It has impressed me and pointed out that more and more high-tech products are making their debut in China.

During the first CIIE, a predetermined one-year purchase of goods and services was reached, valued at $ 57.83 billion, and over 90% of contracts were completed in 2018, while high-end equipment transactions exceeded $ 16.46 billion, ranking first in terms of business Volume, data from the Ministry of Commerce shows.

After the first CIIE signed more than 20 agreements with business partners such as State Grid Corp last year, the Swiss business group ABB Group has brought more products into its expanded exhibition area this year. It has set up three exhibition areas-smart energy, smart manufacturing, smart transportation and smart cities to showcase its technology in a more vivid form.

“At this year’s expo, we hope to meet more partners who need to upgrade traditional industries into high-tech businesses and customers in the energy and urban development sectors,” said Gu Chunyuan, president of ABB Asia, Middle East and Africa.

Outside the CIIE venue—National Convention and Exhibition Center (Shanghai) —the company is investing $ 650 million in Shanghai to build a new 67,000 square meter robotics manufacturing and research facility. The facility is scheduled to open in 2021, with the goal of producing 100,000 industrial robots per year.

Many multinational companies have expanded their exhibition space at CIIE this year. French industrial group Schneider Electric announced that it will be unveiled at the Smart Manufacturing and Solutions Exhibition, which covers a number of fields including power grids, green and smart manufacturing, infrastructure, green building development, and IT.

Yin Zheng, President of Schneider Electric China, said: “At our booth, visitors only need to move their fingers on the screen to experience and understand how the next generation of power stations, factories, hospitals, commercial buildings and factories work.”

He said that China has proposed many measures to promote consumption and activate the domestic consumer market, including food and clothing, household appliances, automobiles, consumer services, cultural entertainment, leisure and tourism. Each of them has huge market space for enterprises to explore.

After more than 500,000 domestic and foreign buyers visited its booth, GE in the United States exhibited industrial equipment and digital solutions in the fields of aviation, energy, healthcare, oil and gas, and intelligent manufacturing in a 500 square meter exhibition area. Many transactions were signed during the first CIIE.

“This will be the first time GE has demonstrated its comprehensive solution for China’s clean energy development under an umbrella,” said Rachel Duan, president and CEO of GE Global Growth Markets.

She said that as the chairman of the CIIE Exhibitors Alliance, the company also hopes to make the most of its role by uniting exhibitors, collecting information, sharing resources and providing advice.