Before the countdown to the Second CIIE 100 days ago, the organizers announced a series of supporting policies and introduced the progress of the preparatory work at a press conference held in Shanghai on Friday.

Sun Chenghai, deputy director of the CIIE Bureau, said more than 3,000 foreign companies from 150 countries and regions have confirmed their participation in the November fair.

He said that 39 domestic trade delegations have been formed, including 600 secondary trade delegations from provinces, autonomous regions and municipalities, adding that the registration of professional visitors began on July 1.

New sections on aged care, virtual reality and augmented reality will be added and outdoor areas will be built for the experience of autonomous driving and winter sports. 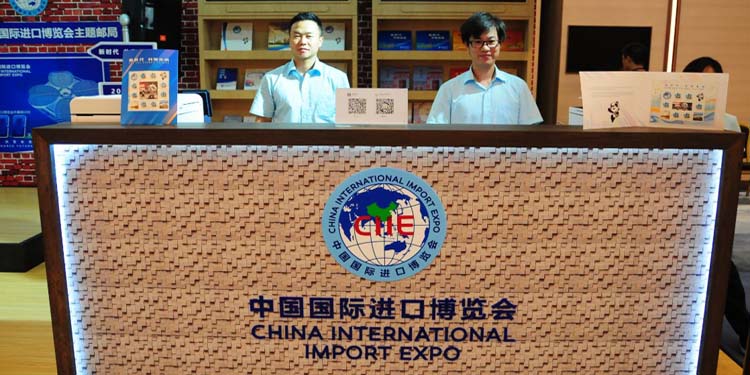 The General Administration of Customs has set up a special customs office at the Shanghai National Convention and Exhibition Center Expo to supervise the customs clearance of foreign exhibits and provide one-stop services for exhibitors at the exhibition.

Fang Xiaohong, deputy director of the GAC Port Management Department, said on Thursday that the Customs will allow the organizers of the Expo to provide uniform tax guarantees for participating companies and to promote the approval and quarantine procedures for exhibition approval.

The Customs has launched 13 promotion policies for the World Expo this year, and has published a list of restricted items and prohibited items on its website for visitors to visit.

“We will extend ATA Carnet’s time from six months to one year of permanent,” she said. “We have developed this policy for CIIE and introduced it to other import fairs in the country.”

The Ministry of Agriculture and Rural Affairs has delegated the approval authority for the import and export of endangered aquatic animals and plants to Shanghai.

The World Expo is the world’s first national-level fair dedicated to import. Last year, the value of the transaction was expected to exceed $57.8 billion at the end of the first fair.

Shang Yuying, deputy secretary-general of the Shanghai Municipal Government, said that Shanghai has seen a huge spillover effect of the World Expo. As of July, the city’s annual trading platform has listed more than 13,000 exhibitors of the first batch of exhibits, and imported goods of 75.2 billion yuan.