Avoid These 6 Mistakes When Doing Business in China Market

China is fast becoming the consumer capital of the world. The Chinese market is large, but it is by no means easy. For the right companies, it can be massively profitable. But many other businesses have made some common mistakes and later slink away in defeat. Therefore, it is important for foreign companies to avoid the common mistakes. Jingle Office has summarized the top 6 mistakes that foreign companies should avoid in order to have a chance of success in China market. 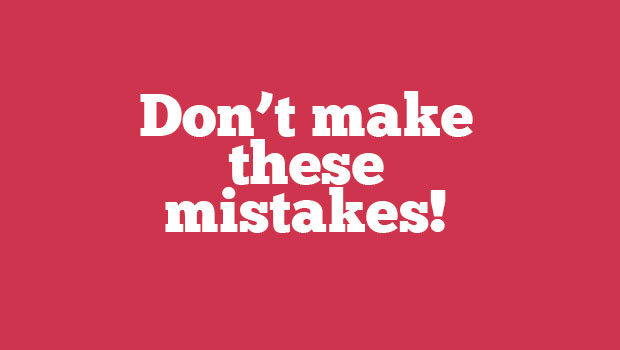 1. Lack of due diligence

For any foreign company, no matter the size of the company, due diligence is an important and indispensable step when you decide to enter China market. Due diligence helps you know the market better, including the customer’s buying habits. Lack of due diligence may result in poorly structured, and, most of the time, failed investments. Many successful foreign companies fail in China because they do not conduct due diligence.

In 2009, Mattel built a Barbie store in Shanghai. Mattel designed a localized doll named Ling, hoping to appeal to Chinese customers. But it failed, because Chinese would not pay for expensive Barbie dolls like Americans, and Chinese prefer blond Barbie dolls to the ones with Asian features. So the store was shut down. After deep research, Mattel redesigned a Barbie doll for Chinese customers with an appropriate price. Its sales in China market tripled since it returned Chinese market in 2010.

Advice: Do due diligence before entering China market, and understand what Chinese customers need and like. Otherwise, no one will pay for your failure but yourself.

2. Not adapting products or services to fit local market demand

China is a unique country and totally different from the Western countries. Products or services that are successful in your domestic market, however, do not always meet with the same reception in China. Although there is a growing demand for high-quality foreign products, you will fail in the Chinese market unless you have a strong understanding of the local market and are able to adjust your products or services to fit the local customers. Many foreign brands are eager to share the China market, but only the companies that well combine their brand features with local tastes and preferences will succeed in China market.

A case in point would be Kraft’s Oreo cookies. When they first entered the China market, Chinese consumers did not like the cookies because they thought they were too sweet. In response, Kraft lowered the percentage of sweetener in the cookies to cater to Chinese taste. As a result of their adaptation, the company’s sales surged dramatically and Oreo achieved great success in China.

Advice: Make a deep investigation about local customers’ habits and preferences before entering in China, and adapt your products or services to meet the requirements of local market.

With nearly 1.4 billion populations, China is bound to be a highly diverse country. Cities in China are unofficially classified into four and even more classes. Tier 1 cities, such as Shanghai, Beijing and Guangzhou, have much higher per capita income than the other cities. And tier 2 cities are more developed than tier 3 and tier 4 cities. There are still poor regions in the west China. Therefore, do not treat China as one unified market. Make sure you design your marketing strategy and product positioning based on regional differences between these cities. Targeting China as a whole, you will likely dilute your efforts and drain your resources.

Philips shaver does well in designing its different price structures according to different areas. It sells its high-end products in the most developed cities, such as Beijing and Shanghai; While in less developed areas, it offers a less advanced product for a lower price. Because Philips realizes and values the regional differences in China, it holds the most market shares in the shaver market.

Advice: Fully recognize the regional differences, and design different marketing strategy based on per capita income, city or region and consumer behavior in different.

4. An inadequate understanding of Chinese culture

Cultural difference is an intangible but important factor for business success in the China market. The reason is that consumers grow up in a particular culture and become accustomed to that culture’s value systems, beliefs. Consequently, they respond to the messages that are congruent with their culture, reward advertisers who understand that culture and tailor product information to Chinese values. Lack of a comprehensive understanding of Chinese culture will result in marketing failure, let alone business success.

A typical example was the advertisement of Nike designed in 2004. Nike designed an advertisement in which an elderly Chinese man, a Chinese woman and two dragons were all beat by an American basketball player named LeBron James, hoping to express an encouragement of Chinese adolescents to be brave and defeat their fear. However, in fact, it was a huge failure in the Chinese market, and eventually was banned by China’s State Administration of Radio, Film and Television, because it was considered that the advertisement insulted Chinese traditional culture. The cause of its failure lies in the inadequate understanding of Chinese culture.

Advice: Find a local partner who is familiar with Chinese culture to offer help when designing marketing strategy.

5. Underestimating competitors in the China market

Don’t underestimate competitors in the China market. They know the market better and they have more experience than you do. Even if local companies are usually leading the low-end market and seem to be no harm, do not underestimate them because they already won Chinese consumer’s trust and this is the most important in the market. Learn from your competitors and find ways to do better than they do. Your ignoring the competition in China market may result in your failure.

In fact, many Chinese firms are winning not by competing just on price but on product quality, innovation and branding. Walmart has seen market share plummet. Its market share is not being taken by foreign competitors like Carrefour and Tesco but by large domestic chains like Lianhua that are opening small, neighborhood stores that sell key products consumers demand. Walmart did not adjust to the local competition by shrinking store sizes or selling higher margin products.

6. Conflicting with the government

Do not underestimate the government power. In China, everything is connected in one way or another to it. Thus, you need to have good relations with it, respect it and adapt your strategy. Both foreign and Chinese companies can and do push the envelope from time to time, but any direct challenge to the government, or refusal to abide by its directives, is going to lead to a one-way ticket home.

Google is a classic example of this. Although the company had other problems in China, too, what ultimately proved its undoing was its failure to get along with the Chinese government. The back story here is long and complicated (and involves some alleged hacking on the part of Chinese authorities), but the endgame came when Google decided to stop censoring search results in China, which meant shutting down its mainland China search engine entirely. Since Google left China in 2010, its services are consistently either blocked or throttled to the point of being near-useless here.

Advice: Ideally you should select a local representative who is connected to the local government or who are experts in your industry.

Foreign companies should always keep in mind that China is different, and should have a thorough understanding of China. And Jingle Office is always here to offer advice and solution for you.