Why mainland will be the globe’s largest consumer market

As a result of the government’s various economic optimization measures, Chinese consumers are more confident than ever. The Nielsen China Consumer Trends Index scored 114 in the third quarter, compared to a global ranking of 107. Consumer confidence has translated into healthy consumption levels across the country. 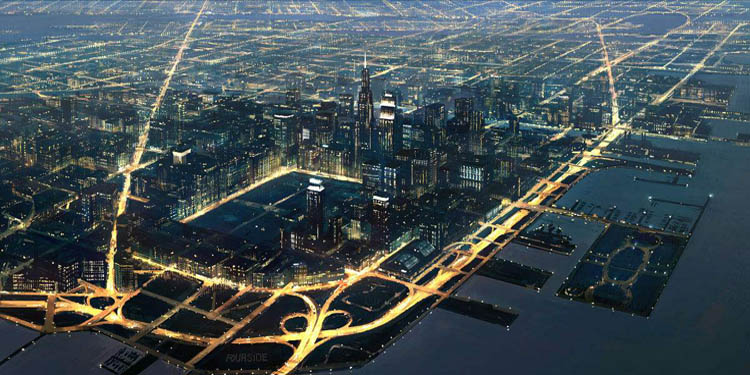 The development of BRI has led to continuous integration and trade growth among participating countries and regions, thanks to improvements in infrastructure in all areas, from ports, railways and roads to electricity, aviation and communications. This increases the availability and accessibility of goods.

At the same time, it has driven the rapid growth of many small and micro enterprises, effectively helping to optimize China’s industry, employment and product mix.

The “Belt and Road” initiative has also helped promote the development of cross-border e-commerce, which has enabled Chinese consumers to “shop around the world” without leaving their homes, further unleashing consumer demand and promoting consumption upgrades.

Tax cuts and administrative costs, coupled with a strong economy, rising wages and a stable job market, have helped increase income, which in turn has driven household consumption. According to the National Bureau of Statistics, the number of Chinese middle-income consumers exceeded 400 million in 2017, and this number will continue to grow in the future.

The increasing demand and increasingly obvious tastes of middle-income consumers have undoubtedly contributed to the growth of consumption.

This is most evident among middle-income female consumers in China. With the continuous progress of society, women have gradually become the main decision makers in consumption, especially household consumption.

It is worth noting that Chinese female consumers are far more optimistic about the future economic outlook than the national average. Nielsen’s consumer trend index for the second quarter showed that China’s female consumer index was 130 points, compared with 115 points nationwide.

As they become more exposed to trends around the world, middle-income Chinese women are more willing to improve the quality of clothing, food, housing and transportation, and buy items such as jewelry and furniture. They are also focusing more and more on images, so we have seen significant improvements in categories such as health and beauty.

China’s population is moving to cities at an alarming rate. From 2008 to 2018, the proportion of the country’s population living in urban areas increased from 46% to nearly 60%.

Data from the National Bureau of Statistics show that in 2018, more than 13 million new jobs were created in urban areas-setting an annual target of 12.3.7%, exceeding 13 million people for the sixth consecutive year.

Urbanization does not only mean that rural populations will migrate to urban areas. More importantly, urbanization reflects a huge consumer market, and its potential has not been fully explored. This also shows that the Chinese market will unlock greater consumption potential.

With the implementation of the national innovation-driven development strategy, new technologies such as big data, artificial intelligence and the Internet have flourished and gained popularity.

The upstream and downstream of the industry chain, as well as online and offline channels, have been integrated in a rapid manner.

New industries, business models and products are constantly emerging and rapidly forming. Emerging industries and businesses such as emerging retail and sharing economies have emerged, which has injected strong impetus into sustained economic development and further stimulated the growth of China’s consumer market.

Online channels have also been an important driving force for consumption growth in China. Coupled with the huge scale of offline channels, this is a powerful dual engine for achieving sustainable growth. Nielsen data shows that the overall growth rate of FMCG is 13%, of which online and Offline sales channels accounted for 32% and 4.9%, respectively.

In the context of stable consumption growth, China will become the world’s largest consumer market, which will drive local and global economic prosperity for many years to come.