JAKARTA-Just after the New Year holiday, on January 8, 2019, dozens of students from Nurul Falah Leles Elementary School in a remote village in West Java, Indonesia gathered on the playground and looked eagerly into the sky.

At noon, a drone carrying school bags, books, football and other things flew from a distance and landed steadily on the ground. The children cheered for joy.

This is an unmanned aircraft test flight carried out by the Indonesian government in cooperation with JD.com, Inc., a well-known Internet company in China. The successful first flight proved JD’s mature delivery technology and strengthened the Indonesian government’s confidence in expanding cooperation with Chinese technology companies to use drones to deliver goods to people in remote areas or islands.

The new delivery solution is the epitome of high-tech cooperation between China and Indonesia. In recent years, with the continuous development of cooperation projects under the China ’s “Belt and Road” initiative, bilateral trade between the two countries has improved and the areas of cooperation have expanded. 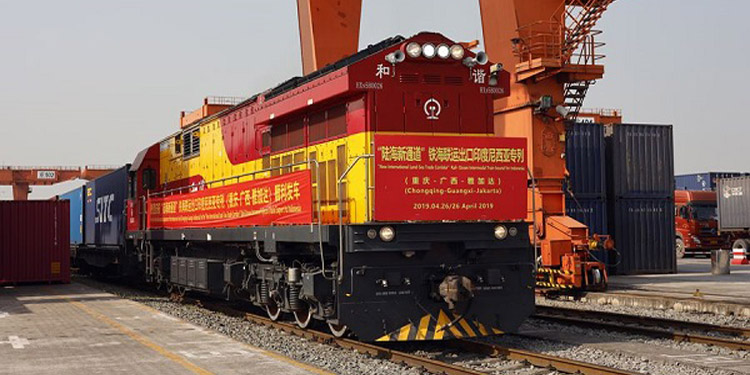 According to data from the Chinese Embassy in Indonesia, the bilateral trade volume between China and Indonesia reached US $ 77.4 billion in 2018, a record high. China has become Indonesia’s largest trading partner for eight consecutive years.

At the same time, China has been increasing imports of various Indonesian products, including palm oil and tropical fruits, and exporting the high-tech products and mechanical and electrical equipment most needed by the Indonesian market. Therefore, Indonesia’s trade deficit with China has further reduced, and the bilateral trade structure has become more balanced.

In addition to traditional areas such as trade, infrastructure, energy, project contracting, Chinese companies’ investments in Indonesia have also been transferred to emerging industries such as technology transfer, industrial manufacturing, personnel training, financial innovation and the digital economy.

The Jakarta-Bandung High Speed ​​Rail (HSR) project was invested and constructed by a joint consortium of Chinese and Indonesian state-owned enterprises and equipped with Chinese technology, standards and facilities. It is the first high-speed rail in Indonesia and in Southeast Asia. Once completed, the railway will reduce travel time between the two cities from more than three hours to approximately 40 minutes, and form a high-speed rail economic corridor along the way.

Indonesian President Joko Widodo praised the project, saying “the increasing flow of people and products will allow us to win competition between nations.”

In 2017, China’s SAIC-GM-Wuling (SGMW) and Dongfeng Sokon established their respective factories in Indonesia. In September of this year, Indonesia’s Wuling began exporting its Chevrolet Copac products to Thailand, Brunei and Fiji.

In addition to the SGMW plant in Chikarang, Indonesia, China ’s Mengniu Diary Co., Ltd. invested $ 50 million in a diary plant that was completed and started production last November, providing more than 1,000 jobs for locals and supplying its products. Sold throughout Southeast Asia.

Saryadi Guyatno, a senior official of the Ministry of Education and Culture, said that the Indonesian government hopes that more Chinese companies can cooperate with Indonesian vocational schools and colleges to cultivate more local talents so that companies and Indonesian society can grow together.

According to Counselor Wang Liping, Minister of Economy and Trade of the Chinese Embassy in Indonesia, in recent years, economic cooperation between China and Indonesia has been based on Indonesia.