Nov 11 shopping spree changed from an obscure day to an iconic event on the global retail calendar, where you can see how shopping, characterized by product customization and a diverse group of buyers, supports the world’s second largest economy. 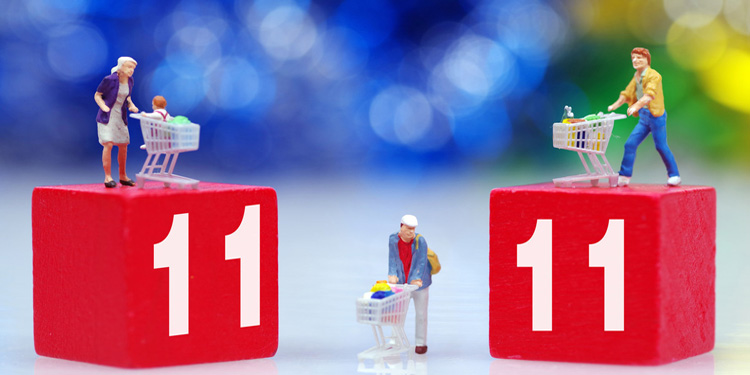 Jason Yu, general manager of consulting firm Kantar Worldpanel, said: “Historically, November 11th is a magnet to attract people to consume.” “Demand is most likely to be driven by innovation and co-creation, which means we expect to have Launch more new products. ”

Pre-sale is very active. Alibaba said that the seven brands broke the threshold of RMB 100 million ($ 14.1 million) in the first 10 minutes of online pre-sale. The company said it will recruit 400 new foreign brands for the event and launch 3,000 products exclusively on the platform.

The patronage of new consumer groups has fueled the freshness of the market. For the first time, Alibaba held a kick-off event in Harbin, Heilongjiang Province, to attract wealth from shoppers in less influential but rapidly growing towns.

According to Alibaba’s latest financial report, more than 70% of new active consumers in the last quarter came from lower-tier cities. Jiang said that these first-time buyers are expected to spend 2,000 yuan per year through the website.

Similarly, cosmetics giant L’Oreal Group is considered good at combining product customization with first-time buyers in smaller towns. Last year, the newly developed cream followed the wave of data analysis and aimed at the so-called “town youth” group, which sold 100,000 containers on the first day of its launch.

“This win-win situation allows us to launch new brands and … to connect with consumers, inspire and interact with them,” said L’Oreal China President and CEO Fabrice Megarbane.

McKinsey senior partner Wang Wei said that because they are willing to shop online and have the freedom to spend at their disposal, this population group is expected to become the next pocket of growth.

“The organization tends to value social participation, which can be achieved through referral programs, recognition from influencers, and special edition products,” he said.

Experts say that this festival is no longer an opportunity for bargainers to seek budget items, but an opportunity to explore and indulge in new products.

“In last year’s event, we launched a special recipe ice cream for 66 yuan. In the first 10 hours of online sales, all 20,000 ice creams were snapped up,” said and founder of the ice cream brand “Zhongxue Gao”. CEO Lin Sheng said. “This shows that Chinese buyers are now willing to pay high prices for quality.”

Another large e-commerce company, JD.com, said last week that it plans to attract more than 500 million consumers in lower-tier cities in this year’s shopping feast and sell about 1.2 billion products and 200 million customizations at lower prices. product.

With the growth of China’s online spending, against the background of China’s overall economic slowdown, people have placed great hopes on the industry. In terms of year-on-year GDP growth, China’s economic growth fell from 6.4% in the first quarter to 6% in the third quarter.

Data from the National Bureau of Statistics show that in the first nine months of this year, China’s online sales reached 7.3 trillion yuan, a year-on-year increase of 16.8%, which is more than double the total growth of physical retail and online retail over the same period.

Du Xishuang, head of the service statistics department of the National Bureau of Statistics, said: “With the development of the Internet of Things and e-commerce services, China’s online consumption continues to grow rapidly.”